The reliance on fossil fuels is not only unsustainable due to energy price rises but also the impact they have on the climate due to CO2 increases effecting global warming.

It is imperative that Countries, Businesses, and individuals begin to conserve energy, use less and switch to the production of energy from renewable source. The reduction in energy consumption and move to sustainable renewable sources will reduce CO2 concentrations, slow the rise in energy prices and reduce reliance on fossil fuels.

The UK has the largest wind resource of any country in Europe, making wind power one of the renewable sources of energy technologies that should be considered in many locations.

Quietrevolution research, design, and manufacture, in the UK small-scale wind turbines. These are designed to be sited at the point of energy use and are best suited for urban areas. Small and large scale wind technologies, both onshore and off-shore are all part of the energy mix required. Alongside other renewable technologies, such as solar and hydro, the deployment of smart technologies, and storage systems there can be a reliable energy supply to all individuals and businesses.

It is estimated that approx. 3.5TWh could be produced from small wind technologies in the UK, or roughly 5% of our gross energy consumption.

The UK has a great wind resource, however, even in a small island nation there are good sites and poor sites and careful consideration on the exact location is required prior to deployment of a wind turbine.

Key factors that should always be considered are:
Proximity to the Coast
Topography of the land
Elevation above the ground – the height of mast or height of building, taller is almost always better
Open flat country side

There is a great deal of discussion within the wind industry and the press about wind turbines for urban areas.

The Qr6 has been optimised to run in the 10 m/s (22 mph) to 16 m/s (35 mph) band, so a small increase in wind makes a significant difference to power production. 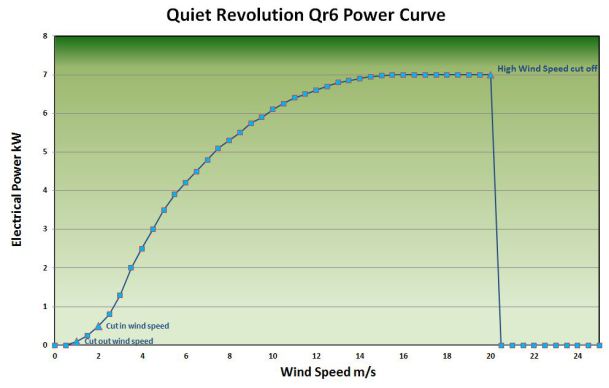 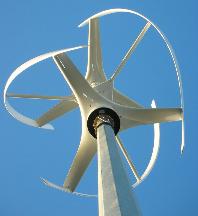 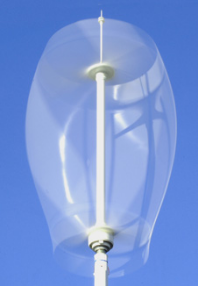